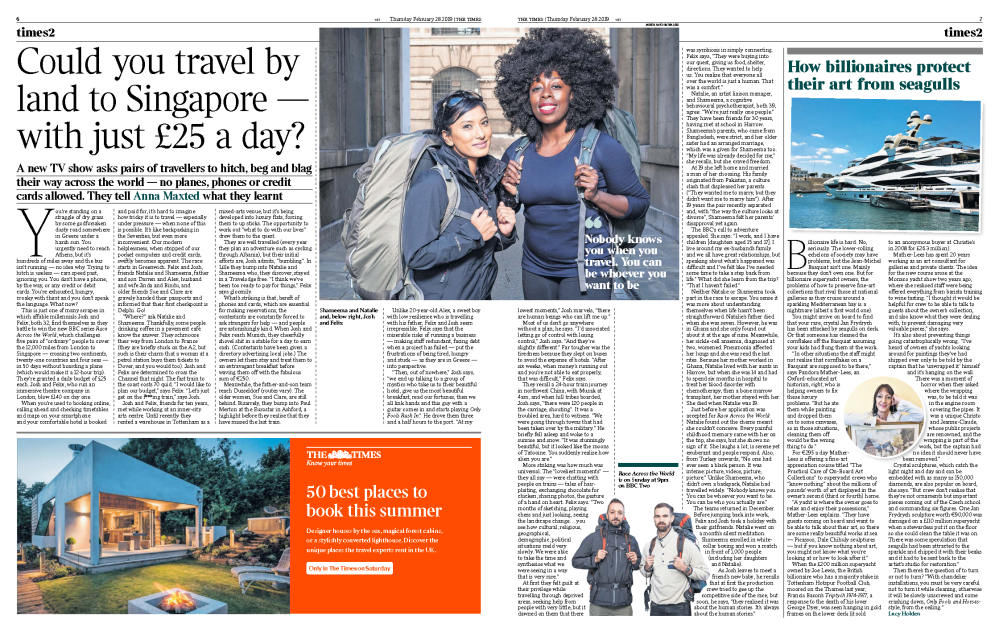 Billionaire life is hard. No, seriously. The lower-rolling echelons of society may have problems, but the Jean-Michel Basquiat ain’t one. Mainly because they don’t own one. But for billionaire superyacht owners, the problems of how to preserve fine-art collections that rival those at national galleries as they cruise around a sparkling Mediterranean bay is a nightmare (albeit a first world one).

You might arrive on board to find that your rare, crystal Jan Frydrych has been attacked by seagulls on deck. Or that someone has cleaned the cornflakes off the Basquiat assuming your kids had flung them at the work.

“In other situations the staff might not realise that cornflakes on a Basquiat are supposed to be there,” says Pandora Mather-Lees, an Oxford-educated art historian, right, who is helping owners to fix these luxury problems. “But he ate them while painting and dropped them on to some canvases, so in those situations, cleaning them off would be the wrong thing to do.”

For €295 a day Mather-Lees is offering a fine-art appreciation course titled “The Practical Care of On-Board Art Collections” to superyacht crews who “know nothing” about the millions of pounds’ worth of art displayed in the owner’s second (third or fourth) home.

“A yacht is where the owner goes to relax and enjoy their possessions,” Mather-Lees explains. “They have guests coming on board and want to be able to talk about their art, so there are some really beautiful works at sea – Picassos, Dale Chihuly sculptures – but if you know nothing about art, you might not know what you’re looking at or how to look after it.”

When the £200 million superyacht owned by Joe Lewis, the British billionaire who has a majority stake in Tottenham Hotspur Football Club, moored on the Thames last year, Francis Bacon’s Triptych 1974-1977, a response to the death of his lover George Dyer, was seen hanging in gold frames on the lower deck (it sold to an anonymous buyer at Christie’s in 2008 for £26.3 million).

Mather-Lees has spent 20 years working as an art consultant for galleries and private clients. The idea for the new course arose at the Monaco yacht show two years ago, where she realised staff were being offered everything from barista training to wine tasting. “I thought it would be helpful for crew to be able to talk to guests about the owner’s collection, and also know what they were dealing with, to prevent damaging very valuable pieces,” she says.

It’s also about preventing things going catastrophically wrong. “I’ve heard of owners of yachts looking around for paintings they’ve had shipped over only to be told by the captain that he ‘unwrapped it’ himself and it’s hanging on the wall.

There was a moment of horror when they asked where the wrapping was, to be told it was in the engine room covering the pipes. It was a unique Christo and Jeanne-Claude, whose public projects are renowned, and the wrapping is part of the work, but the captain had no idea it should never have been removed.”

Crystal sculptures, which catch the light night and day and can be embedded with as many as 150,000 diamonds, are also popular on board, she says. “But crew don’t realise that they’re not ornaments but important pieces coming out of the Czech school and commanding six figures. One Jan Frydrych sculpture worth €90,000 was damaged on a £110 million superyacht when a stewardess put it on the floor so she could clean the table it was on. There was some speculation that seagulls had been attracted to the sparkle and chipped it with their beaks and it had to be sent back to the artist’s studio for restoration.”

Then there’s the question of to turn or not to turn? “With chandelier installations, you must be very careful not to turn it while cleaning, otherwise it will be slowly unscrewed and come crashing down, Only Fools and Horses style, from the ceiling.”

Freelance journalist for national press and magazines. View all posts by Lucy Holden